Forbidden foods when you wear brackets

Brackets are the small components stuck to the front or lingual surface of teeth that help to guide them to the position desired by the orthodontist to achieve a correct placement and bite.
Once the brackets have been fitted, it is important to do everything possible to look after them to guarantee that the treatment is carried out without problems and that the best possible results can be obtained.
The brackets and the arches that hold them among each other can be damaged or become loose with excessively hard or sticky foods; accordingly, it is important to avoid chewing hard food, such as meat, bread or raw vegetables. This means preventing them from coming off since, it this happens, the treatment will inevitably last longer.
You also need to avoid sticky foods, such as sweets and chewing gum, and also food that you have to bite with your teeth, such as apples and sandwiches. It is advisable to cut food into small pieces and to use your molars to chew them.
With sugary food and drinks, there is also a greater risk that food remains will get trapped and plaque will accumulate, which may cause tooth decay.
The bands of the brackets, which are placed to join them to the arch, are usually transparent and can also become stained following the consumption of dark food and drink such as coffee or red wine.

The main foods to avoid are:

Lastly, recommended foods during the orthodontic period, especially during the first few days and weeks, include purées or cold or warm soup, cooked food, mature fruit, meat such as chicken, cut into small pieces, or bone-free fish fillets or, if you choose boned fish, take the bones out beforehand.
Hence, during the treatment to straighten the teeth, it is possible that some small adjustments must be made to diet , aimed at looking after the braces and at not compromising their function. 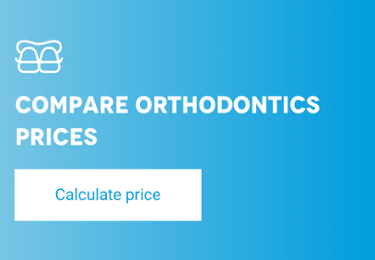