Extracts, cleans and seals the ducts of a damaged tooth and manages to conserve it.

This treatment is for you if…

You have a damaged tooth that affects the nerve.

What is root canal work?

Root canal work is a treatment for seriously infected or decomposed teeth whose cause stems from the tooth’s nerve. The treatment consists of repairing and saving the teeth by eliminating the tooth pulp, to then clean and seal the inside of the tooth. The dental pulp is the tissue inside the tooth, which contains blood vessels, nerves and connective tissue.

Performing root canal work on teeth in this state repairs the infected or abscessed teeth, infections that are characterised by inflammation and the accumulation of pus. It is also necessary when the teeth have already reached this point. These infections may be caused by tooth decay, cracks or fractures or repetitive dental procedures in teeth.

Some of the most common symptoms that lead to the need for root canal work are as follows:

Also, in some cases, the patient may not have any symptoms.

Pulp is necessary during the growth and development of the teeth. Once the tooth is already mature, it can live without the pulp, thanks to the tissue surrounding it. As for the nerve, it is not important for the health of the tooth, so not having it will not affect its daily functioning.

These are the root canal work procedures performed in teeth with a single root duct. Teeth such as the central and lateral incisors, the first and second lower premolars and the upper and lower canine teeth usually only have one root and, therefore, one root duct.

Procedures performed on teeth with two root ducts. Teeth such as the second upper premolars usually have two root ducts, although they only have one root.

Root canal work performed on those teeth that have three or more root ducts. Upper and lower molars usually have four root ducts, since they usually present two canals in their mesial root.

Despite the fact that most of the teeth usually have the number of root ducts described in each of the types, all the teeth may have anatomical variations. It is important that the dentist locates and treats all the root ducts to ensure that the root canal work is successful.

Root canal work is a treatment that enables an original tooth that is infected or decomposed to be cured or healed. The treatment is carried out quickly and scarcely without pain, and it has multiple advantages for the patient that decides to undergo it. Both in the long and short term. The main advantages of root canal work are as follows:

Root canal work is a treatment that consists of repairing a seriously infected tooth. The treatment has five phases, which begin with an X-ray and diagnosis of the patient’s state and ends when the tooth has already been restored. These are the five phases of root canal work:

1. X-ray and diagnosis. The first step of root canal work is to take an x-ray, which will help to assess the possible infection of the tooth pulp or nerve. This x-ray allows the dentist to make a diagnosis, which will decide what treatment is adequate.

3. Pulp extraction. To access the nerve and the pulp chamber, the tooth is perforated. The pulp, the bacteria and the decomposed nerve tissue are eliminated from the tooth. Afterwards, the sides of the root ducts are scraped and filed. Once completed, the remains are eliminated with chlorhexidine or sodium hypochlorite.

4. Root sealing. Once the teeth have been fully cleaned and disinfected, the ducts will be sealed. A special paste is placed to seal it, together with gutta-percha, a rubber composite, in the root duct of the tooth.

5. Tooth restoration. Normally, teeth that require root canal work also have some kind of fracture or extensive tooth decay. Often it is necessary to place a crown, a post or another restoration device to protect the tooth and fully restore it. Both in terms of its chewing functions and at aesthetic level.

The amounts indicated have been estimated in line with a full treatment, in accordance with the parameters in the table. Includes: study, treatment and check-ups during the treatment, so it serves as a guide and is of a merely informative non-contractual nature. The personalised treatment will be examined in line with the medical prescription. Prices can be increased if additional costs are incurred as a result of the requests made by each customer. Price valid until 31 December 2023 except in the event of a typing error. 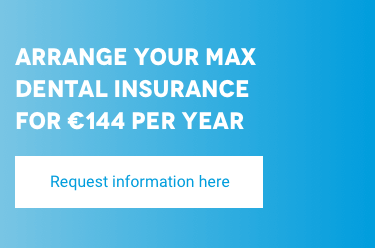