A gumboil is inflammation or swelling that appears on your face, extends under the skin and may cause a notable deformation. This inflammation of soft tissue may be associated with a dental problem that degenerates into a bacterial infection.

1. What difference is there between a gumboil and an abscess?

A gumboil and an abscess are mainly differentiated by the fact that the gumboil has no limits and may extend through the connective tissue and muscular fibre. However, the abscess is walled and confined to the infection area.

Generally, an abscess can be drained from its infected liquid but a gumboil cannot be drained easily.

2. The three main causes of a gumboil

A gumboil is frequently caused by bacteria. There are various causes that can lead to the appearance of a gumboil. The most frequent include:

3. What are the symptoms of a gumboil?

The symptoms of the gumboil vary according to the location and seriousness of the infection. These symptoms are usually:

If you have a gumboil, you must visit your dentist as soon as possible. Although the dentist will tell you the steps to follow, the treatment generally consists of following a therapy based on antibiotics and anti-inflammatories, which will help you to eliminate the infection and the inflammation.

The gumboil may take a few days to disappear, depending on the seriousness and time the antibiotic treatment takes to become effective.

The following step will be to treat its origin, that is, untreated tooth decay, trauma or periodontal disease. The treatment is specific for each patient and for each case. 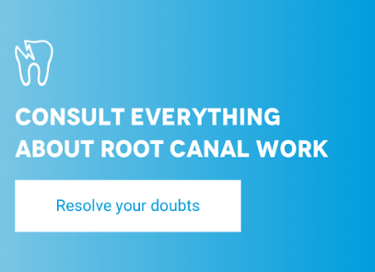