We have all heard the expression “It is worse than a toothache”. This pain is normally caused by a dental nerve damaged at the pulp of the molars. Let’s see what causes this pain and how this affliction is prevented or treated.

Where does the toothache come from?

In the most internal part of each tooth there is an area known as pulp. Pulp is a neurovascular complex that contains:

Pulpitis is a condition that causes painful inflammation of the pulp. It can occur in one or more teeth and is caused by bacteria that invade the tooth’s pulp, causing swelling.

There are two forms of pulpitis: reversible and irreversible.

Other symptoms of both forms of pulpitis include:

Irreversible pulpitis may include additional symptoms of infection, such as a fever, inflamed lymphatic glands, bad breath and, consequently, a bad taste in the patient’s mouth.

How does pain occur?

In a healthy tooth, the layers of enamel and dentine protect the pulp from infections. Pulpitis occurs when those protective layers are compromised, enabling the bacteria to reach the pulp and cause inflammation. The pulp remains trapped within the walls of the tooth; hence the inflammation causes pressure and pain, aside from infection.

The layers of enamel and dentine may be damaged by various possible causes such as tooth decay, a tooth injury, a broken tooth that exposes the pulp, a repetitive trauma caused by dental problems such as jaw misalignment or bruxism.

Anything that increases the risk of tooth decay or having certain medical conditions, such as diabetes, may increase the risk of pulpitis.

Children and older adults may also have a high risk, but this is determined to a great extent by the quality of dental care and oral hygiene habits.

Lifestyle habits can also increase the risk of pulpitis, such as bad oral health habits, not brushing teeth after meals, not going to the dentist for regular check-ups, having a diet high in sugar or consuming food and drinks that cause tooth decay, such as refined carbohydrates, having a profession or hobby that increases the risk of an impact to the mouth, such as impact sports, i.e. boxing or hockey, and chronic bruxism.

The possible treatments vary depending on whether the pulpitis is reversible or irreversible.

In a reversible pulpitis, treatment of the cause of the inflammation must resolve the symptoms. For example, if tooth decay exists, on eliminating the decayed area and restoring it with a filling, the pain should be relieved.

However, in the event of an irreversible pulpitis, the odontologist can recommend eliminating the affected tooth’s nerve. If possible, the tooth can be saved through what is known as root canal work. The first part of this duct treatment is called a pulpectomy and consists of the extraction of pulp, leaving the rest of the tooth intact. Once the pulp has been extracted, the empty area within the tooth is disinfected, filled in and sealed.

If the treatment is not viable due to the situation of the tooth, it will be necessary to remove the whole tooth.

How to calm the pain?

The handling of pain, both before and after treatment, is generally carried out by using non-steroidal anti-inflammatory drugs (NSAID). Such drugs relieve pain and inflammation. The odontologist will prescribe the painkiller and the adequate dose for each case.

Pulpitis can often be avoided through good oral hygiene and by regularly visiting the dentist.

We can also help to avoid pulpitis by eliminating or reducing sweet things, sugary drinks and sweets from our diet.

In the event of bruxism, a dental protector can also be worn to help to protect teeth.

It is important to consult the odontologist as soon as possible if any pain appears in your mouth. In the event of pulpitis, treating it early may help to prevent it from becoming irreversible, which is when the treatment will become more complicated and the prognosis worse. 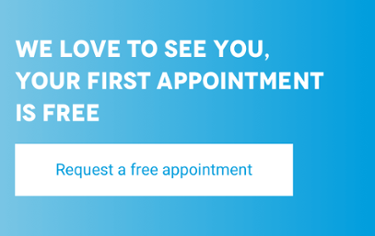 What does the removal of premolars involve and why are they extracted? Everything you need to know about dental resin